INNOVATION AND THE CITY 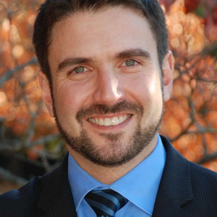 Carlos Martínez-Vela is the Vice President of Innovation and Entrepreneurship at the Institute of the Americas where he leads the organization’s work on the innovation economy across the Americas.   Prior to joining the Institute for the Americas, Carlos was the Founding President of the Venture Café Foundation, the not-for-profit sister organization of the Cambridge Innovation Center. Carlos has 15 years of experience as a scholar, thought leader, practitioner, and public advocate working at the intersection of innovation and economic development. The backbone of his professional trajectory has been an interest in higher education, university-industry partnerships, and the role of universities in local economies and the formation and transformation of industries. Carlos was part of the Local Innovation Systems team at Massachusetts Institute of Technology (MIT), where he wrote his dissertation on the role of the university in economic development.

Teresa M. Lynch is Founding Principal at Mass Economics, a research and consulting firm that works with the public, private, and philanthropic sectors to promote inclusive economic growth in American cities. The firm has offices in Boston and Oakland, and is nationally known for its work on inclusive economic growth, including broad-based cluster strategies, urban land issues, and the creation of models that link economic development and land strategies (e.g., employment districts, industrial corridors, and innovation districts). Prior to Mass Economics, Teresa was a Senior VP at the Initiative for a Competitive Inner City (ICIC) in Boston, where she led the organization’s research activities and a dozen consulting engagements with U.S. cities, including Detroit Future City. She was also part of the MIT research team that produced How We Compete: What Companies around the World Are Doing to Make it in Today’s Global Economy. Teresa is on the governing board of the Massachusetts Technology Collaborative Innovation Institute and is a founding board member of the Venture Café Foundation.